“My father wanted to marry me off for 3 kilos of sugar and 20 goats”: Alexia’s Story

My name is Alexia and I am 13 years old. I am in class 3 in Turkana County, Kenya.

When I was just 11 years old, my father tried to forcefully marry me off to a 60-year-old man for 3 kilos of sugar and a promise of cattle. It all started when I was in nursery school. I started noticing that there was this old man who kept frequenting our house. He would spend time with my father outside the house chatting. I remember one day overhearing their conversation, and it was about education. He told my dad that education was for boys, not for girls. “No girl should go to school. Girls who go to school cannot get husbands.” Those were his words. I ignored him at the time.

One day when I got home from school, I found him, my father and two other men in their usual spot chatting. Then I heard him say that he wanted to marry me as his fourth wife. I was shocked! How could he? He already had three wives and countless kids, most of them much older than me. I was going to be his fourth! I was only 11 years then but I still remember it as if it were yesterday. Apparently this was his agenda all along. In response, my father did not oppose him. He asked how much he was willing to pay as dowry. The old man said he would pay 3 kilos of sugar and 20 goats.

I was so shaken. I loved going to school, even though it meant a 10 kilometer walk on an empty stomach — I would normally have one meal per day – the lunch provided in school. I did not even know what it meant to get married, and if I was to get married, at least not to an old man like this one. When my older brother came home that day, I told him what had happened, he was equally shocked. We tried asking our mother about it but she denied knowing anything about the dowry negotiations.

The next day was a Saturday, so I did not go to school. That day, my mother told me to take a bath early and get dressed in my best clothes because we were expecting visitors. “Where from?” I asked. She told me to wait and see. Then she got busy in the kitchen preparing a lot of food as though it was a major celebration. This was strange because, as I said earlier, we rarely had any food to eat at home. It was on very rare occasions that we would have lunch.

At around noon, the old man arrived accompanied by three other men. They were carrying 3 kilos of sugar, which I later learnt was part of my dowry. “Are these the visitors we were expecting?” I asked my mother. She said yes. I was broken because I immediately knew where this was headed. I had seen it happening to some of my friends and neighbors.

After they had eaten, I was called in to the house to greet them. That was when my father officially broke the news. “From today you are now a married woman. You will stop going to school and move in with this man”

Those words still haunt me. My father ruled with an iron fist, you could not oppose him or dare speak as he spoke. Whatever he said was final. I was shaking. My mother held my hand and told me all would be well. My father said I would go to the old man’s house after a week, because my mother needed to teach me some things about being a wife and to tie some beads on my neck to make me look beautiful.

In our culture, girls and women adorn themselves with a lot of necklaces. They never remove them! Except when they are sick or in mourning. The beads are a sign that a woman is taken care of and shows her beauty. The more the necklaces, the more beautiful you are. Well, I had 25 necklaces put on my neck! As you can see, I have a very long neck. I must have been very beautiful (points to her neck and laughs).

Later that night, as I lay down, I reflected on my life and what I wanted, I knew that I had to get out of this trap. I would rather die than get married. I thought. Getting married this early would shatter my dreams and future.

The day came for me to go to the old man’s house finally came. My father and the old man called me and ordered that I pack my things and go with him. I said no! “If you refuse to get married, I will kill you” he said. I said no again.

That was when all hell broke loose! My father beat me up – he kicked me in the stomach, punched my face, whipped me with a belt made of dry goat skin while my so-called suitor simply stared! I fainted! The next time I woke up I was in hospital with pus and blood oozing out of my ears. I had been unconscious for two days! You can see the scars on my body (she points to the scars on her hands). I later learnt that it was my aunt who came to my rescue and took me to hospital. When I was finally released, she took me back home although I didn’t want to go.

Immediately, after I got home, the next day, the old man came back accompanied by one of my uncles. My mother had gone to fetch water. Again, my father told me it was time to go to my new house. I said no. This time around, he did not utter a word. He grabbed my hand, pushed me out of the house and instructed my uncle to carry a rope. Then they started dragging me towards the forest. Where are we going? I asked. “You have disobeyed me for too long, so today I will kill you and dump your body in the forest.” That was his chilling response.

We got to the forest and he tied me to a rope and started beating me up again. I cried until I threw up blood. I knew I was going to die and the only way to save myself was to agree to their proposal. I said yes and they untied me. I told them to take me home first to pack my things, then I would go to the old man’s house the next day. They agreed. I was too weak to walk. They had to carry me. I had barely healed from the previous beating, and now he was trying to kill me.

When I got home, my mother was shocked by what had happened to me, but being the submissive wife, she could not question my father. I later told her my ordeal, and she advised me that the best thing to do was to obey my father. Deep down in my heart, I knew that I had to run away, but I did not tell her.

The next day, I woke up at 5a.m., carried a bottle of water and sneaked out of the house while everyone was asleep. I had heard of [the] town and that was my destination. I did not where exactly I was headed, but I was certain that I had to leave.

I walked from my home town [to the new town] — over 58 kilometers! It was a treacherous journey! I was in so much pain but I had no option. This was my only way out.

As I neared the town, I met a lovely middle-aged woman who asked me where I was going. I told her but somehow I couldn’t shut up, I found myself opening up to her and telling her my whole story. I desperately needed to talk to someone, even if it was a stranger. She listened, hugged me and took me to her house where she gave me some food and I spent the night.

The next day, she took me to the area chief who contacted a lady…, a social worker from the Catholic Diocese…who was working with ChildFund and other organizations to help children like me in the area.

They took me to a primary school, where I was admitted to class 2. They bought me new school uniform and other school supplies. This is my second year in school and I love it! I am excelling in my studies, I was position 11 out of 30 students in my class last term, and I know that I will do better this term. My favorite subjects are English and Kiswahili (Kenya’s national language).

I have never gone back home. When we close for the holidays, I go to the child rescue center in town where we stay with other abused and neglected children like me.

I am so grateful to [the social worker] and ChildFund Kenya for rescuing me. Were it not for them, I wouldn’t be here now. I have never gone back home or seen my parents since then.

At times I miss my mother and brother, but there’s nothing I can do about it. Now, if I work hard, I can be the doctor that I have always wanted to be. 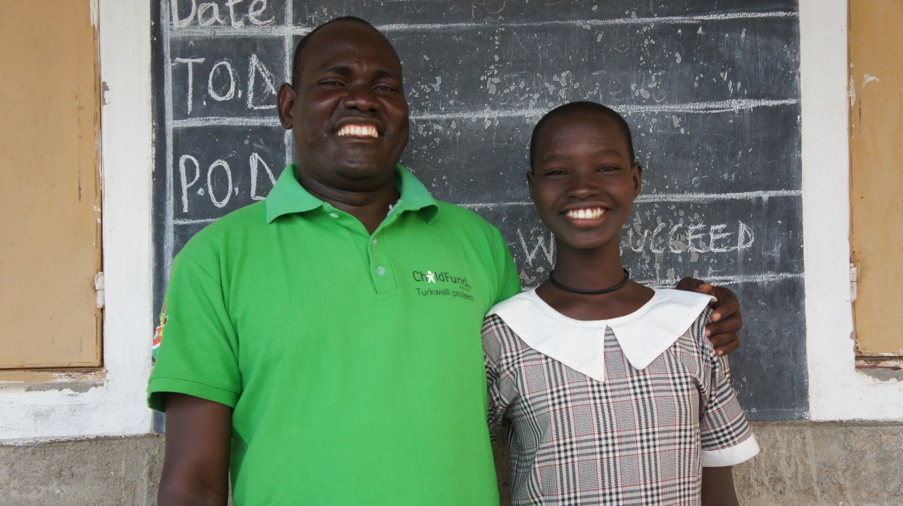 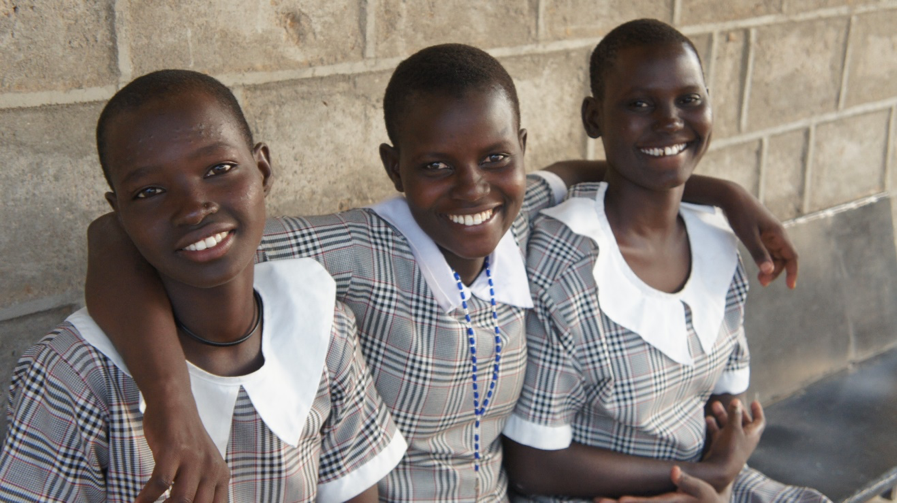 Alexia and her friends Aking’ol, age 15, and Edukon, age 15, at school

Turkana County is a county in the north-western part of Kenya. It is one of the poorest regions in the country. According to a report released by UNICEF in July 2016, 32 percent of married women in the county were married before they turned 18. The report, Family Assets: understanding and addressing child marriage in Turkana, states that 14 percent of 15- to 19-year-olds are married. The survey further reveals that 102 in every 1,000 women in Turkana had given birth by age 19. According to Peter Lochuch, ChildFund Kenya Program Manager in the area, many cases of child marriage go unreported, and when reported, little action is taken with out-of-court settlements being made between families.

ChildFund Kenya chairs a child protection working group in the county, known as the Turkana Gender and Child Protection Network. In collaboration with 16 partners, the County Government and the National Government, the network which was started in 2009, is fighting to end neglect, abandonment, sexual abuse, child labor, early marriages and violence among other child protection issues in the area.