Children’s Voices for the Global Goals

In the past three years, ChildFund Alliance has engaged with over 16,000 children across 50 countries, capturing their aspirations and thoughts about the new global goals. World leaders listened and agreed on a vision of a world which “…invests in its children and in which every child grows up free from violence and exploitation.” This side-event was a celebration of this major breakthrough for millions of children, as well as their role as agents of change in sustainable development.

On this opportunity, ChildFund Alliance also launched two interactive sites. The first site is a live feed wall with photos of people from around the world, showing their hands in support of the ‘free from violence and exploitation’ campaign. Photos can be uploaded via Instagram, using the hashtag #FreeFromViolence, and a ‘photo booth’ was also set up to take and upload guests’ photos in support of the campaign.

The second site, Children’s Voices for the #GlobalGoals, a collection of children’s aspirations, priorities and recommendations for the post – 2015 development agenda. In a one-stop site, users can visualize and interact with all the data and information that ChildFund Alliance has gathered from children throughout its consultations. Screens were set up for guests to interact with the new site. 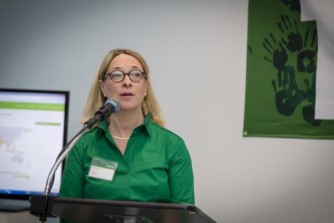 Ms. Meg Gardinier, Secretary General of ChildFund Alliance, welcomed guests, delivered some brief opening remarks. “This interactive site contains a wealth of data captured directly from children in Africa, the Americas, Asia Pacific and Europe. ChildFund Alliance will continue to ensure that children are fully engaged in making sure these global goals are translated into action, empowering them to contribute to a world where they are ‘free from violence and exploitation.’” Ms. Gardinier then introduced H.E. Mr.Hiroshi Minami, Deputy Permanent Representative of Japan to the United Nations, as the co-host of the event. 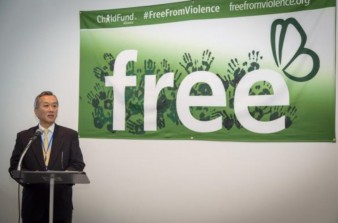 Ambassador Minami called attention to the historic moment of the launch of the Global Goals for Sustainable Development, and on the importance of consulting with children to gather their thoughts and recommendations. “In Japan we have an 11-year old girl who said: ‘It is not enough to set a goal to decrease the violence at school. We need to end it.’ This is now reflected in target 4.a,” he remarked. “We’re grateful to ChildFund Alliance for these surveys and presentation of the voices of 16,000 children from all over the world,” Ambassador Minami concluded. 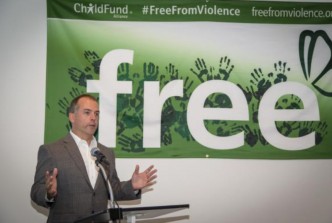 Mr. Mitchel Toomey, Director of the United Nations Millennium Campaign (UNMC), then referred to the data revolution and to the fundamental role that data have played and will continue to play in achieving sustainable development. While the way of collecting data has remained largely untouched, the way data are now being used – as in the case of MY World and the data visualization site – has changed substantially: “It’s about people, volunteers, civil society organizations doing what they know best: having dignifying conversations with communities daily.” He added: “Everybody out there can be part of this data revolution. I’m really excited to be here. I’ve had a great look at the system and we’re actually using at as a model for some of the things we’ll do moving forward with MY World survey.” 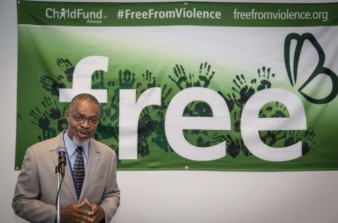 Dr. Nick Alipui, Director and Senior Advisor Post – 2015 Development Agenda at UNICEF, spoke about some of the most pressing issues with which children are currently faced, and that are an obstacle to sustainable development. “As we approach the adoption of the new development agenda (…) we need to remember that it will only be realized if this and future generations embrace the principle of dignity and respect for each other.” 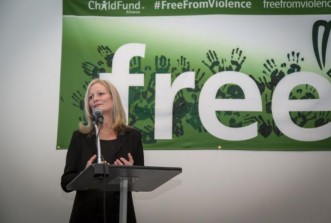 Dr. Susan Bissel, Director a.i. of the New Global Partnership to End Violence against Children, recalled how the idea about a new global partnership had come about, and highlighted the importance of joint and decisive actions to protect children from all forms of violence. “I want to say to the young people here that we value your opinion and that we see a role for you if this new global partnership. We also see a role for adults, whose roleis to protect you. We want to work for you, but we also want to work with you.” 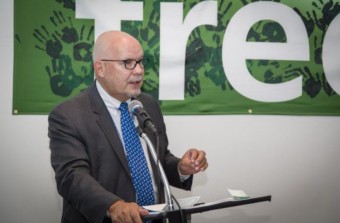 H.E. Mr. Guillermo Rishchynski, Permanent Representative of Canada to the United Nations, reiterated the commitment of the Government of Canada to a wide array of child protection issues, as a priority for international development aid. “We will be adopting an agenda at the end of the week that has children at its very center. That wasn’t always the case in these negotiations, and Member States and civil society worked very hard to have specific targets and goals for children,” he said. “We have done the easy part now comes the great challenge: the challenge of implementation, of making it happen on the ground, of ensuring that national ownership is there to make a difference in the lives of children. And we know there will be voices from ChildFund Alliance and other NGOs to ensure that we never lose sight of that. This is what national governments and multilateral institutions will respond to.”

An informal interaction between representatives from governments, UN entities and civil society organizations, as well a children, ensued around the screens. 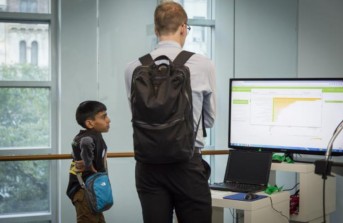