This month, ChildFund Alliance says goodbye to one of our longest serving CEOs, Michael Kiely. Mick joined ChildFund Ireland 14 years ago, and has been a strong advocate for the Alliance. We will miss him greatly!

Mick recently spoke with some of the Alliance Secretariat staff and shared reflections on his years of international service, including his time at ChildFund Ireland, and involvement with ChildFund Alliance.

A lifelong commitment to serving others

Throughout the conversation, a common theme emerged: Mick has a lifelong commitment to improving the lives of others through service. Before he joined ChildFund Ireland, he served for 10 years as Deputy CEO of the Irish international aid organization GOAL, where much of his work focused on emergency response. He was Country Director for GOAL in Somalia for one year (during which the infamous Black Hawk Down incident occurred). He also spent more than two decades with the Irish Defense Forces in conflict and humanitarian settings, including United Nations missions to the Golan Heights and Lebanon.

“I have been blessed with an amazing staff, with very little turnover throughout my time.”

One of the partnerships developed under Mick’s leadership of ChildFund Ireland is touching lives in Ireland and abroad. In 2015, ChildFund Ireland was awarded the Charity Partner of Choice status by the Camogie Association in Ireland. Camogie is an Irish team sport played by girls and young women; it is similar to the game of “hurling” played by men. This three-year partnership is supporting ChildFund Ireland’s Dream Bike Campaign, providing bicycles to vulnerable girls in Ethiopia and Thailand so far. The project has reached hundreds of girls to date, enabling access to education. With the bicycles, all sourced locally, girls can travel to and from school safely and regularly. Star Camogie players from Ireland have visited the girls in Ethiopia that are benefitting from the initiative and also organized a game of Camogie with the local girls. 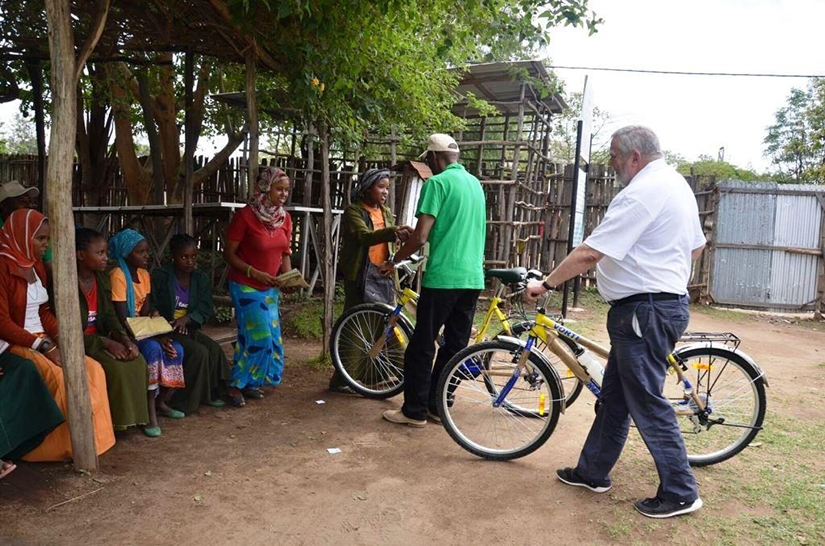 ChildFund Ethiopia Country Director Chege Ngugi and ChildFund Ireland CEO Michael Kiely presenting “Dream Bikes” in EthiopiaIn response to a question about his proudest achievement with ChildFund, Mick said he prefers to focus on the “smaller” achievements. He recounted a story that took place earlier this year on a ChildFund Alliance program visit in Zambia. During a community visit, Mick was inspired to commit to raising the funds from his own network to fund the teacher training education of one of the young women in the community. He noted that through this small act, she will teach thousands of children for years to come. 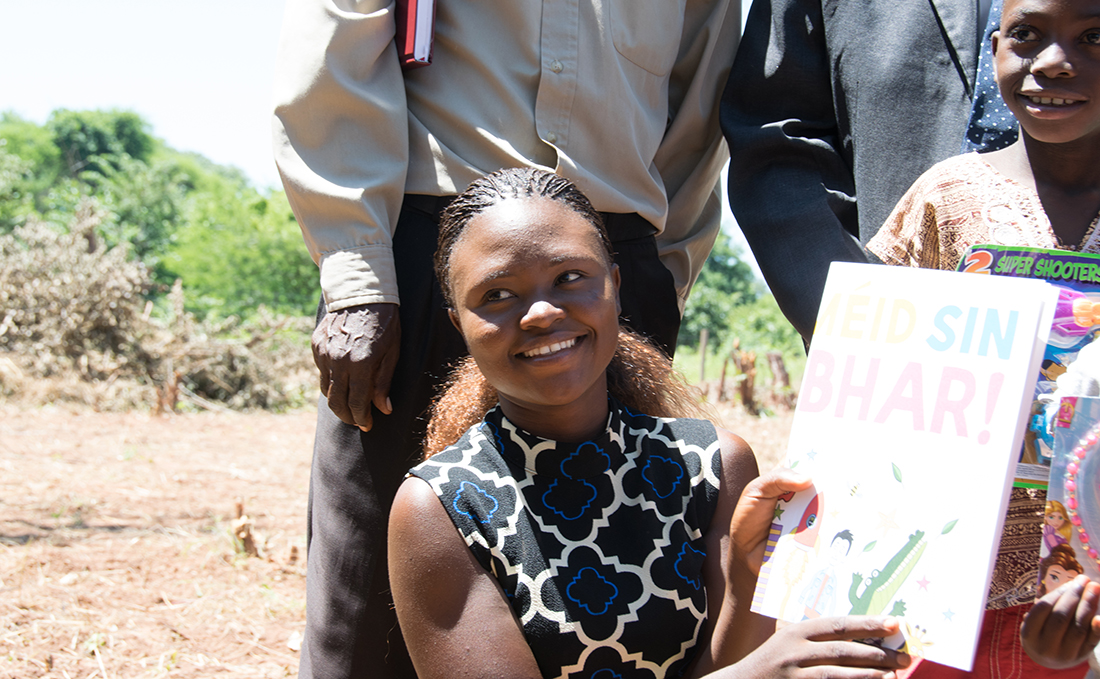 Mick raised money to pay for this young woman’s teacher training. This will benefit thousands of Zambian children in the coming years.

“Our major achievement from an Alliance perspective is undoubtedly the Free from Violence campaign.”

“Being part of ChildFund Alliance has been a wonderful experience.”

When asked about what it meant to be a part of the Alliance, Mick spoke about the value of coming together to exchange views with peers, share opportunities and challenges, and meet with Board Members and CEOs from other member organizations.

“The Alliance is amazingly diverse, with eleven autonomous organizations coming together under one logo.”

Looking back at his early days with ChildFund Alliance, Mick remarked on the progress made. He highlighted the evolution of the Secretariat from the startup phase several years ago to the now established office with eight full-time staff. He has seen dramatic changes to the leadership as well. When he joined the network as a CEO, there were 40 Directors on the Alliance Board (compared to our 14 directors today). He expressed deep respect and admiration for all of the Board members who contributed so much to the Alliance, past and present.

As he enters retirement, the one thing Mick will not miss is his daily commute. He looks forward to traveling around Ireland, playing golf and, most of all, spending time with his family and grandchildren. 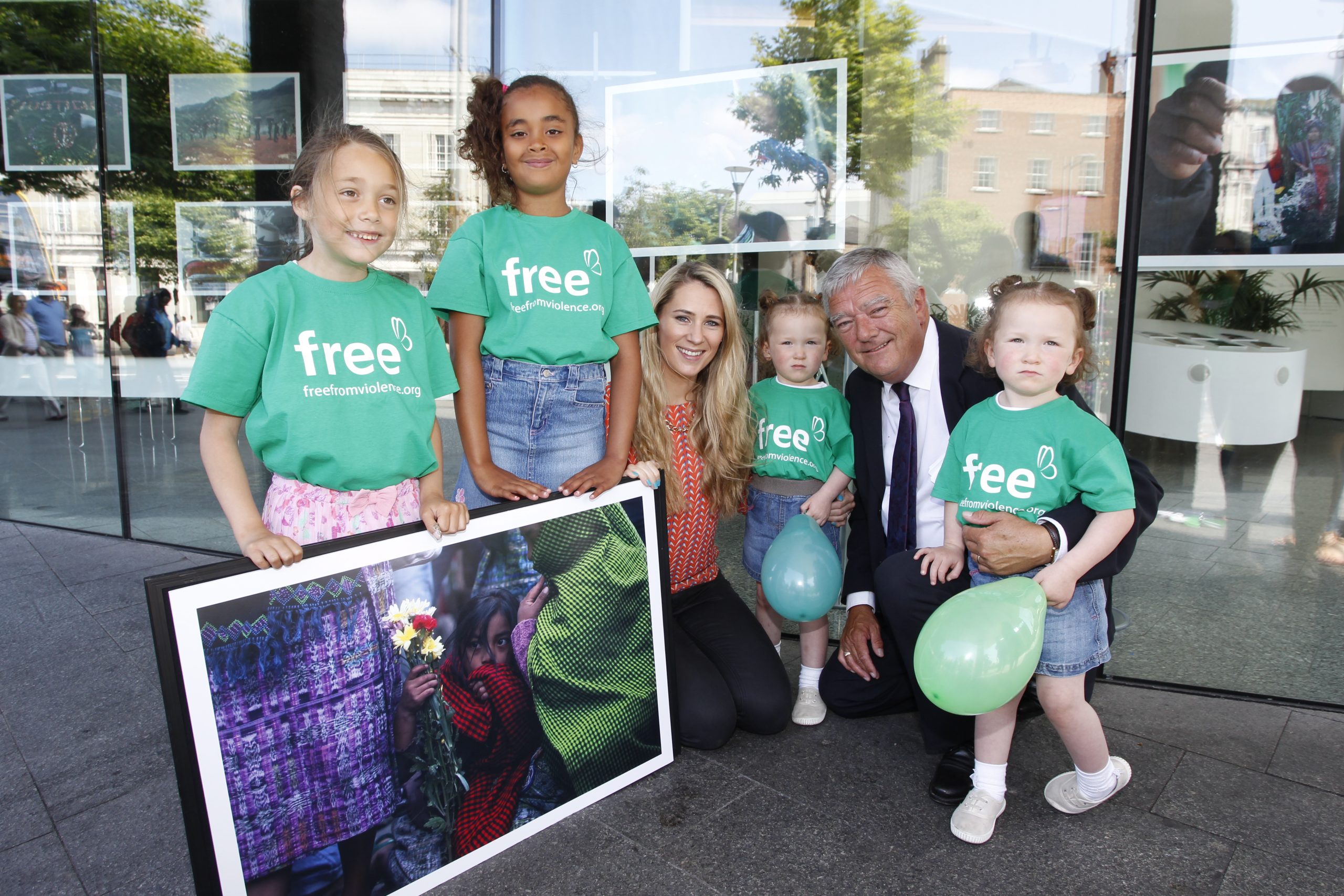 Mick is looking forward to spending more time with his twin granddaugthers.

All of us at ChildFund wish Mick the best in his retirement and look forward to keeping in touch. 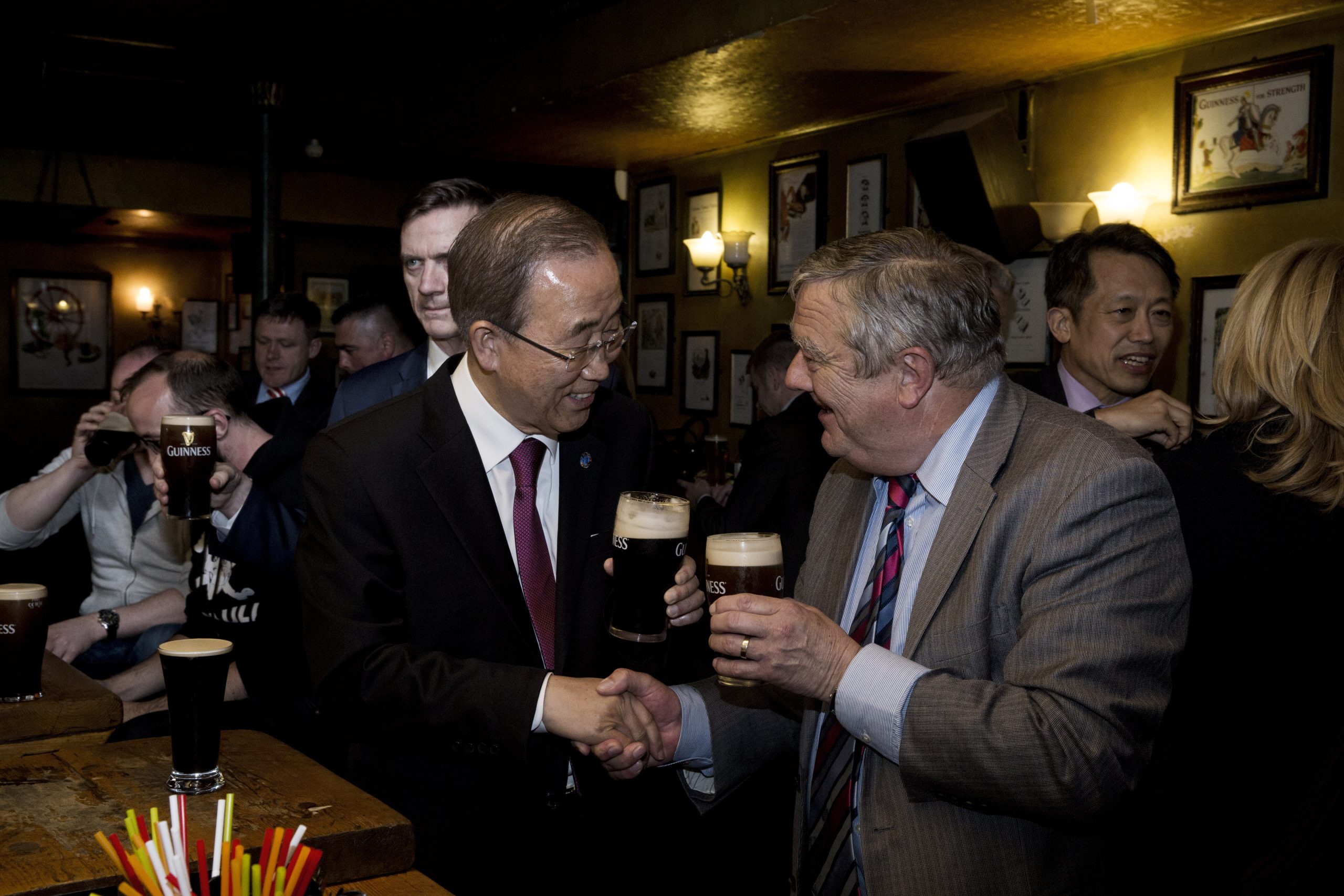 Mick shares a beer and chats with then UN Secretary-General Ban Ki-moon.